Hi! My name is Squire Wells and I am the creator of Scooterman The Comic Book (PG-13) and Scootergirl International (G) I originally created Scooterman after an idea of writing a screenplay which never came to fruition. In 1990 I walked into a Movie Theater in Boston,Mass with my friend and watched the first Teenage Mutant Ninja Turtles Movie.In the credits I noticed that the Movie was based on the Comic Book "Teenage Mutant Ninja Turtles" created by Kevin Eastman and Peter Laird. It was that day I decided I would create "Scooterman The Comic Book" Who Cares right? LOL I decided to Self Publish my Comic Book which took 4 years to produce after failed relationships with several artists. Finally, I got a great artist and published the first comic book in 1994 while living in Key West,Florida. At the time the Comic Book Industry was dwindling down as Home Video Games were taking over Kids spare time. I had never really written or even really read Superhero Comic Books but decided I would be the writer as I knew the characters best. What transpired was a comic book with great art,mixed pages of storytelling and not the greatest writing I admit.I was still able to sell several thousand books doing Comic Book Shows in Orlando and Miami and other parts of Florida. Some people like Scooterman,some people do not.Same with The Power Rangers.Please keep in mind The Comic Book "Men in Black" went 3 issues.So did Scooterman.Can you compare the two? Both are Quirky. I do not consider myself a Writer but more of an idea guy/producer. I do believe Scooterman would loan itself well to a Video Game,TV and licensed products and am totally open to collaboration with someone with the means and credentials...OK,so the NEW IDEA?!!! I now have come to the fact that Scooters are like The Beach Boys,a brilliant Band and a Brilliant Vehichle but nobody will admit they like them,especially Men.So now we have The Main Character Scott "Rider' Mann who hates Scooters and prefers Harleys...but the only vehicle left in the Virtual Game is the Scooter...can he prevail and Win? ~ Squire Wells BTW: THIS IS AN ACTION/COMEDY Producers and Writers Wanted for pitching this to Television and Gaming. Please Email me at SquireBuyer@gmail.com for more information.Thanks! LOGLINE: After Losing his Job as a Bouncer Rider Mann must find a way to make money.Riding to The State Fair he enters a Virtual Gaming Contest where he is forced to ride a Scooter as a Vehicle. 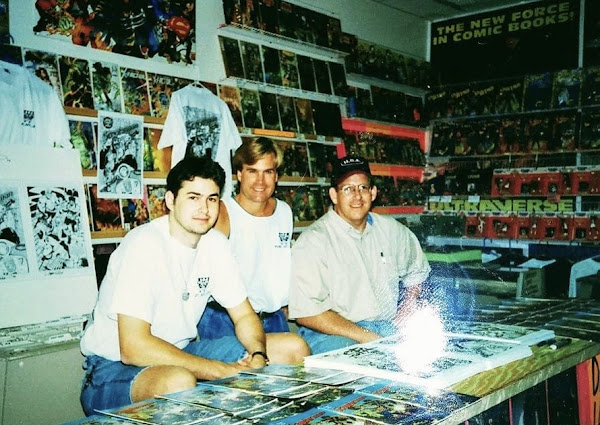 Posted by Scootergirl International at 11:36 AM No comments: 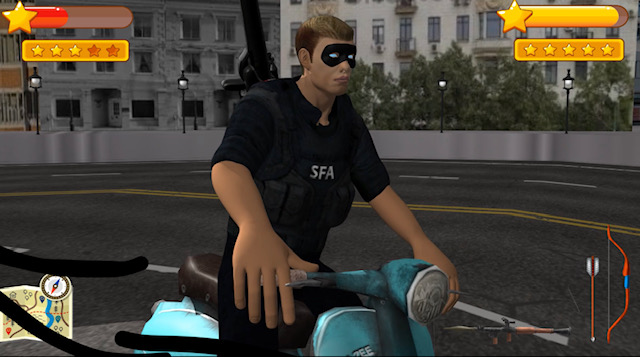 
Rider rides as Scooterman who is a crime fighter dedicated to fighting crime and taking down the Evil Les Grand.
A former Scooter racer on The World Pro Scooter Tour Scooterman befriends many International partners along the way such as "IrieMan " from Jamaica and "Bro From Down Under" from Australia.
Together they form a group called SFA aka Scootermen For America.

Posted by Scootergirl International at 4:56 AM No comments: 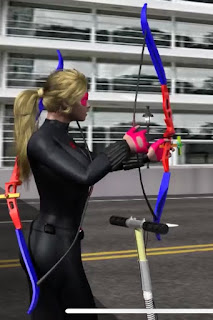 
Jett aka Scootergirl is 24 years old and has lived in River City her whole adult life.Her Father Shane was a mechanic in The Air Force and she travelled all over the World.One day her Father gifted her with a special Jet powered scooter that she uses to this day.
It was traveling the World where she met and befriended many of her past and present girlfriends and formed the renowned organization “Scootergirl International” dedicated to making planet Earth a better place to live.
Jett tries hard to help the citizens of River City on a daily basis.

Posted by Scootergirl International at 4:56 AM No comments: 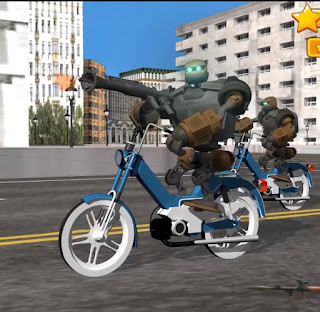 
First used as experimental dummies on The Scooter Race track, Les Grand created The Mopedrones to help Scooter and Motorcycle racers compete with their timing and competition when other riders weren't available to practice and race against.
Brainstorming after a night of drinking Scotch, Les decided to reprogram them to enforce his City Laws, collect rents and basically cause havoc and widespread panic in River City.
There are currently 10,000 Mopedrones that patrol the City.

Posted by Scootergirl International at 4:55 AM No comments: 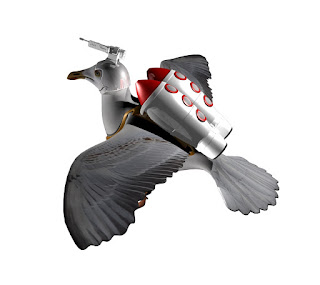 KillGulls are Robotic Birds that fly around River City delivering eviction notices, perform border patrol of the city and also at times assist The Mopedrones with their daily tasks of enforcing rules in River City.
There are currently 500 KillGulls in River City.

Posted by Scootergirl International at 4:55 AM No comments: 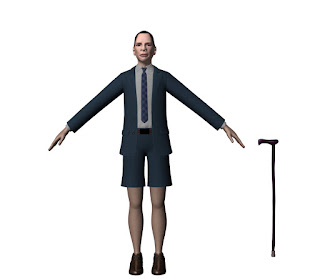 Lester Grand aka Les Grand is the Richest Man in River City and owns everything and anything that exists in the City. His Family amassed a serious fortune during prohibition days.
Les lives in his Gigantic Mansion on the Hill overlooking the City.There he spends quality time drinking Scotch and controlling his robots who cause havoc in the City.
Les is a former Marine who also was a professional Motocross and Scooter racer back in the 1960s and 1970s.
After an accident left him barely cripple, he turned to Alcohol and Pain medication to ease the pain. He is a huge fan of the Rock group AC/DC and tries to dress like them whenever possible.
Les is Single but has thought at times about buying a RobotWife.

AVAILABLE ON E-BAY AND MORE! 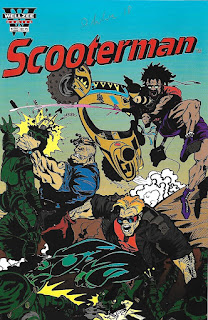 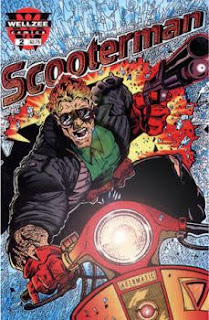 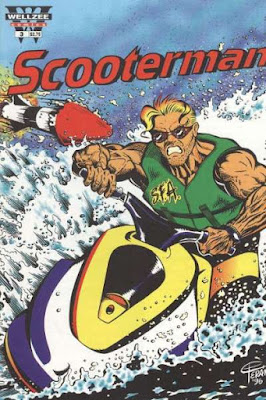 Posted by Scootergirl International at 4:53 AM No comments: